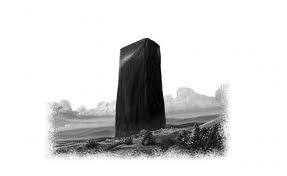 Obsidian Waste is located in Australia and is one of the five secret preserves containing the Translocator, one of the keys to open Zzyzx. It was named because of the artifact's hiding place, a huge obsidian monolith, which due to powerful enchantments is scratch-proof. This stone is also known as the Dreamstone. To Kendra, who is fairykind, it emits a spectrum of light. To any one else it is simply a shiny rock.

Keys to the Demon Prison

The Dreamstone only appears in Keys to the Demon Prison, as it holds the final artifact. Laura is Obsidian Waste's caretaker, and her two charges, Camira and Berrigan, also live there.

Kendra, Seth, Elise, Tanu, Trask, Vincent, and Mara travel there via plane, where they meet up with Camira and Berrigan, who drive them to the house. It is revealed that Mr. Lich, a viviblix, and Wayne, a narcoblix, are there waiting in ambush. There is also a wizard, Mirav, that is not in play. Camira is revealed to be a traitor and Berrigan possessed by Wayne. Laura stabs Camira, and the crew drives off in two jeeps. They unlock the Dreamstone and Laura says she will hold off the undead army Mr. Lich is controlling. Berrigan accompanies them into the Dreamstone.

In the Dreamstone, everyone is very lost. Eventually, they get to the first obstacle. Elise and Mara craft the statue, while everyone else digs clay. Berrigan proves to be particularly efficient at the task. The statue is named Goliath, and they name the opposing statue Nancy. Before the fight is over, Trask runs the egg over to the keyhole, narrowly avoiding Nancy. Nancy and Goliath both crumble and the staircase opens up.

Up to the second obstacle, no one knows where they are going. Vincent and Berrigan row the egg to the island. When the water rises enough to reach the chute, Berrigan and Mara dives after the keyhole at the end, and everyone else huddles under the canoe. They are successful, but when the water freezes, Vincent gets trapped and dies.

After that, Mara insists on leading the way, and she successfully gets them to the center. Her, Trask, Tanu and Berrigan avoids the bulls and lion until finally Trask gets the egg under the lion's chin.

Before the Translocator is revealed, Mr. Lich and his undead show up, Camira and Laura among them. Elise, Kendra, Trask, and Tanu make it out, but Mara and Berrigan are captured and Seth is sucked into Mirav's bottle.

The Dreamstone is a large, obsidian stone located in the Obsidian Waste preserve in Australia. It gave the preserve its name, and held the Translocator. It is described as being gigantic. Any attempts to harm it have proven unsuccessful.

Community content is available under CC-BY-SA unless otherwise noted.